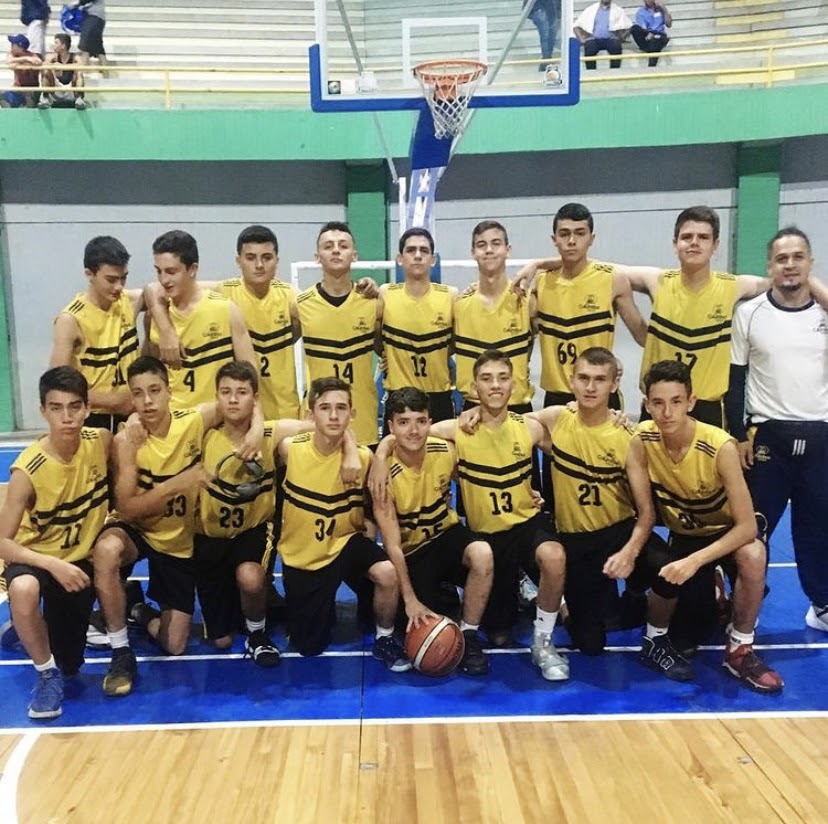 High School basketball team at the Armenia Binationals in 2019, where they lost the finals against Colegio Nueva Granada by 1 point.

No sports season, no basketball, big losses. What’s next? The past six months have made the TCS basketball senior members lose their motivation to play because they have lost what was most important to them; Binationals. There are currently no basketball players in 11th grade, but younger members are committed to the team and aware that they have no choice but to get better and push the team forward with their abilities. “We missed Binationals this season, the most important tournament, and what us Seniors have always looked forward to”, Nicolas Creus, Grade 12, said.

Binationals in Cartagena, which were supposed to happen in November have been canceled. Seniors have been waiting for this tournament throughout their entire high school journeys. “Personally I’m extremely sad about the canceling of the season,” Creus stated. “I’ve been looking forward to this season my entire high school career.” The canceling of the first basketball season has not only fractured a team, but also a family. The TCS Basketball Team members are complaining about not being able to see their friends and practice together. “I think that what I most miss about the basketball season is being with my team”, Andres Lopera, 10th grade, stated. “I also miss the competition part which is mostly what makes up a team,” Lopera added.

Despite the distance and the cancellation of the season, the players know that the directives had no other choice because they either risked players’ lives or canceled the season to be safe. “The other choices that the school had were too risky and put our lives in danger,” Lopera said. “I know that the school made the right decision to protect us.” The 10th-grade Basketball Team members know that they will have to lead the team for the next two years and have already changed their mindsets and are planning to become prepared. “Definitely the basketball team has to do a lot of training once we get back,” Lopera said.

Of the 18 players on the team, nine of them were Seniors, who have little to hope of coming back. However, they know the team will be in good hands once they graduate. “I know that you guys (younger Basketball Team members) will continue developing the team, and as many of you have much more experience than us, you are going to be a much better team than the one we could ever be. I’m just very happy that I was able to play with the uprising team members.” Creus stated about the future of the team.