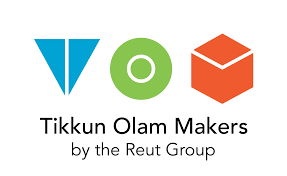 According to participants it was a challenging and powerful learning experience.  Tikum Olam Makers is an international organization that brings together engineers, designers, makers, and person’s with physical disabilities to create solutions to improve their lives.

This year, TCS student Gabriel Meynard, Grade 11, was one of the Makers involved in building a prototype for a Needknower with ….

“I was a maker Jr, so I was part of a team. My job was to build something in those three days to improve the quality of life of the Needknower.” Gabriel Meynard, 11th grade, said,

This is Meynard’s third year participating in TOM. His role was Maker Jr in Edward’s (Needknower) team. There were other makers in this team, most of them were Engineering students from the EIA (Escuela de Ingenieria de Antioquia).

“We were a total of 7 members, 2 of them from TCS, and 5 of them came from the EIA, and we were always talking to each other, wondering what we were doing, and  just trying to get the project out,” Meynard said,

The process for becoming a TOM participant is rigorous with different levels of makers and different jobs inside the event. Usually, Makers are experienced college students of engineering and have a clear knowledge of STEM (Science Technology Engineering Math). The more experienced students are the makers in chief, but every member of the team has a role.

As part of a challenge, TOM has a deadline in which all teams have to develop a prototype that will enrich the person’s quality of life by allowing each Needknower complete tasks more comfortably.

“The most challenging part of TOM was the time management. That’s hard because you don’t really even have three days, you have two days, and a half, in order to work  and take out your project. Managing your time, is really hard and complicated since you need to be doing a lot of things at the same time,” Meynard said.

Edward de Jesus was the Needknower Gabriel and his team worked with. Edward suffers from a condition called MPS, which involves a combination of Dwarfism and a failure of enzymes with some other effects include deafness and trouble with motor skills.

Day 1 of TOM was focused on protocol, arrangements, speeches, introductions, and setting goals. For Meynard it was more about getting to know the Needknower, and working on the first steps of the project. One advancement was installing an electric motor in the wheelchair to facilitate Edward’s movement. This was a primary concern going into the project.

The Team was divided into 2 groups. One part of the team stayed on campus while the rest traveled to the EIA campus developing the changes of the wheelchair. Gabriel’s job was to design the chair through a program called Fusion 360.

“We rested a bit on Day 1 since we were mostly on a computer. On day 2 it wasn’t much rest at all since it was the most work-filled day,” Meynard said,

The second day dug deeper into the engineering. The team had already done numerous modifications to Edward’s wheelchair. Gabriel, specifically worked on the more electrical part putting the motors together for the wheelchair  and ensuingthere were no short circuits. Edward had left early that day because he wasn’t feeling very well but that was no problem for the team of makers.

“I was happy, we had finished everything in time. Seeing the Needknower being so happy in his expressions and how he acted really said how much he appreciated what we did. It made us really proud and happy, to know that what we made, helped him.” Meynard said.