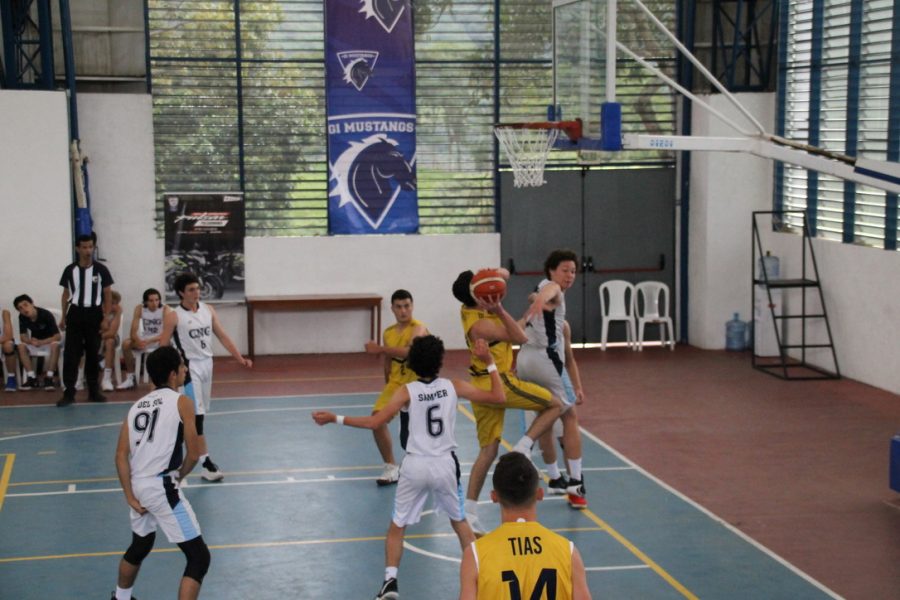 The Columbus School team playing the final against the Colegio Nueva Granada from Bogotá at the Binationals Games in Armenia, Quindío.

TCS team and CNG’s team were considered the strongest in binationals and have faced off in the finals the last three years. Two years ago TCS team won against, but has now lost the last two years.

“CNG played better. They were more cold headed, they kept their calm and played well. We didn’t have a bad game but in the end we didn’t have enough time to come back up,” Sebastian Solorzano, Grade 11 Point Guard, said.

Overall, both teams played similarly and the game was very close with TCS losing by just one point. Team members believe that CNG had a higher performance in the game which allowed them to win.

“They have the best structure. They have an American coach which provides a higher strategy in the game and they have good players all around,” Nicolas Creus, Grade 11 Power Forward, said.

The last minute change in the coach for the TCS team also influenced the game. New basketball coach Yerson Gomez only began working with the team this year, replacing Samuel Villa who coached the team since 2015.

“We have a new coach which brings certain doubts because we played very differently with him to how we played last year, but still Yerson did a very good job training us,” Solorzano said.

The team made the finals behind the last second 3 point shot by Felipe Santamaria in the semifinal against Colegio Bolivar from Cali. With 10 seconds left and the team down by three sent the game into overtime where TCS won 24 – 22.

“The triple was probably the most exciting thing I have seen in my life. Santamaria scored the triple and everybody went wild,” Solorzano said.

The school team is already preparing for next year’s binationals. With most of their starters graduating, they believe that the rookies have the talent and dedication to have a good performance in next years binationals.

“The rookies are very good players, because they played externally so they can provide a lot of help for next year’s tournament,” Creus said.